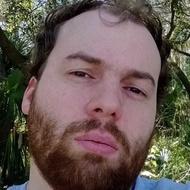 I had an interesting "speculation session" with a guy on the phone the other day. We were talking about how bad the world is and how all the institutions we would normally rely on to help us seem to all be corrupted, such as the military, the courts, the ballot box, public opinion, etc. It looks like we are simultaneously spiralling into anarchy and tyranny at the same time. The more thinking we did, however, the more we realized how unpredictable the future is and just how many ways it could turn out for the better.

Some people worry about war between the US and China and that China might win. Yes, China has the largest military in numbers of people and they spend almost half as much as the US and they have computer hackers that can shut everything down, but the US has killer sattelites that can drop stuff from orbit and who knows what else on their black ops budget. Any war might be over very quickly with minimal civilian casualties. Anything could happen.

Some people worry about war between the US and China and that the US might win. America is currently run by very evil people who I'm not convinced would be better for the world than the CCP. It looks as though they have elections rigged in many cities, giving them enough votes to win nationally and then override the local governments. Fortunately, they are simultaneously making the cities so uninhabitable right now that people are beginning to flee. As more people settle in rural areas, the demographics will shift. In the short run at least, the ruling party will lose seats.

Some people worry that big government and big business will become too involved in our everyday lives, leading to tyranny. However, we have no idea where technology will take us next. Somebody could be tinkering in a garage right now on an invention that will allow us to communicate securely, to be energy-independent, to be food-independent, to be more mobile and harder to find, to be able to live on (or under) the ocean away from national claims. We just have no idea.

Even if China does win, they might not be that bad. China has a lot of internal problems and it is entirely possible that the Chinese people might wake up, take over, destroy the CCP, and use the coming Chinese hegemony for good.

Whether or not there is a shooting war, and whether it is China, the USA, or Russia that becomes the next superpower, the third world is not the same place it was during the cold war. Population and standard of living has been exploding. The younger generations are turning against the ways of the elders. Many of them like at least some of the ideals that America used to stand for. It is quite possible that an alliance of third-world countries will be so ungovernable that a one-world government is impossible and this will give the West a chance to get their act together. We just don't know.

"The wicked plot against the godly; they snarl at them in defiance, but the Lord just laughs, for he sees their day of judgment coming" - psalm 37:12,13